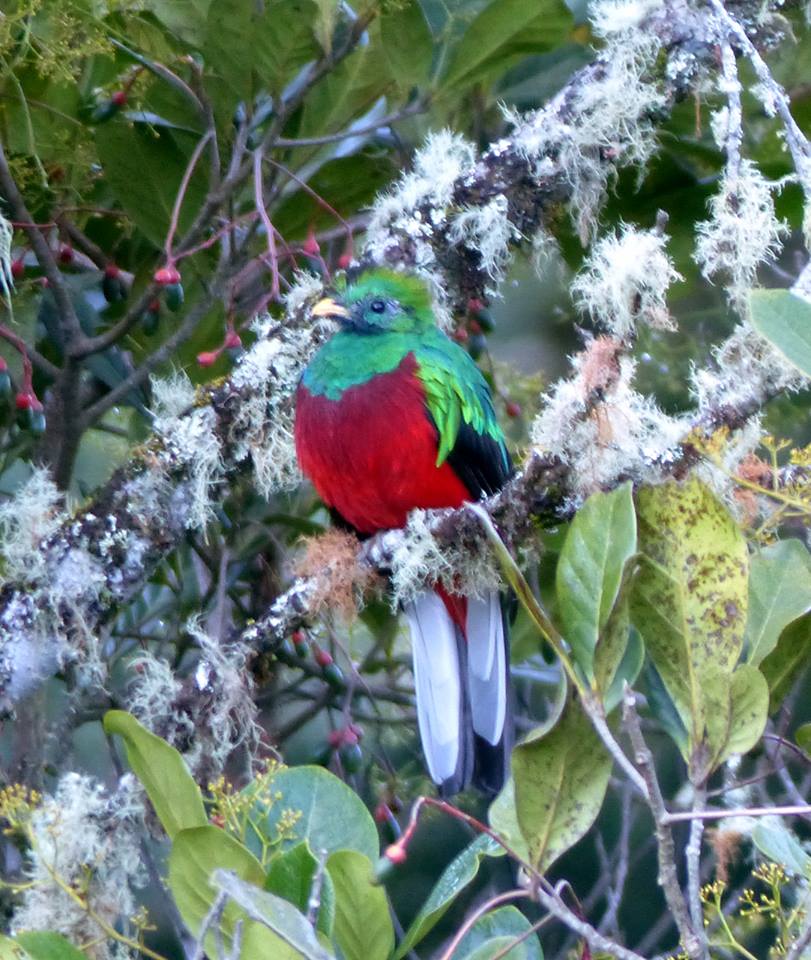 
We birded the hotel grounds before breakfast, then loaded our bus and began our 90-minute drive over the mountains (the Cordillera Central) that divide the Central Valley from Caribbean lowlands. Our bus driver, Luis, was a veteran driver of many Costa Rican birding tours. He knew the birds and provided a number of useful tips for where to stop to see some of our target species. Our first scheduled stop was at Braulio Carrillo National Park. We hiked a popular loop trail through Caribbean foothill habitat, searching for feeding flocks. Many birds were seen right around the parking lot, including Green Hermit, Black-and-yellow Tanager and Red-legged and Green Honeycreeper. Three Great Green Macaws flew over the road just before we hit the trail. During the hike, we managed to locate at least one good flock that included Streak-crowned Antvireo, Checker-throated Antwren, Spotted Woodcreeper, Striped Woodhaunter, White-throated Shrike-Tanager and Carmiol’s Tanager. Other birds seen along the trail included Stripe-throated Hermit, White-whiskered Puffbird, White-breasted Wood-Wren, Black-headed Nightingale–Thrush, Pale-vented Thrush, Golden-hooded, Tawny-crested, Speckled, Bay-headed, Emerald and Silver-throated Tanager, Chestnut-headed Oropendola and Tawny-capped and Olive-backed Euphonia. 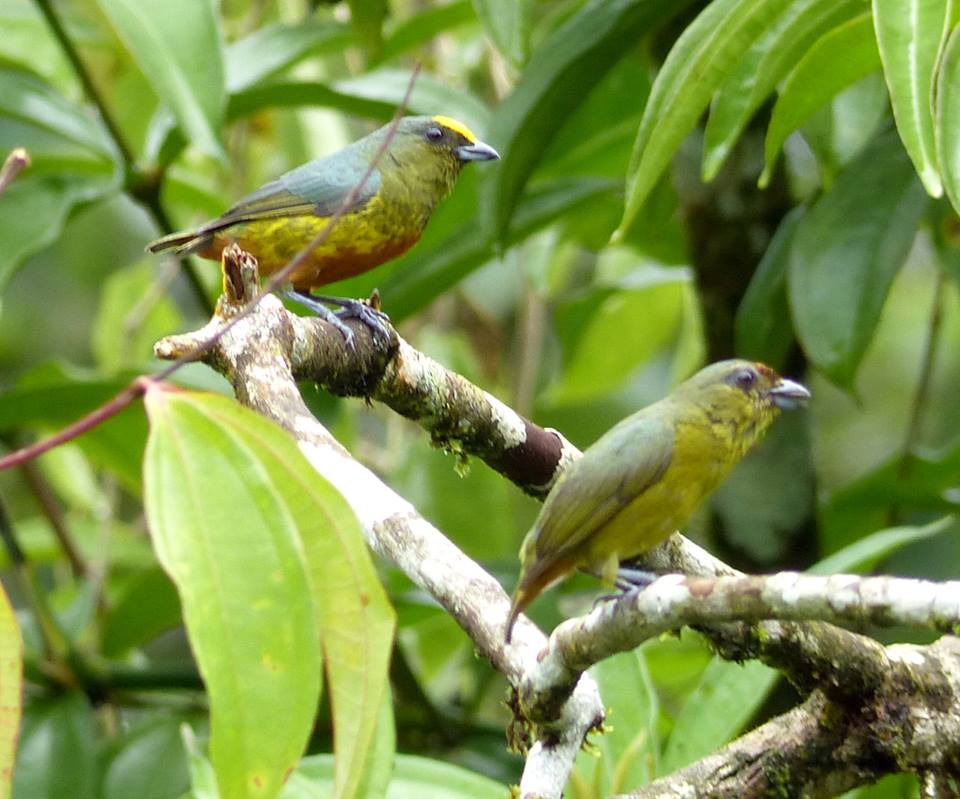 Our next stop was at El Tapir Gardens, only a few minutes away from the Braulio Carrillo trailhead. The beds of flowering porterweed attracted an impressive assemblage of hummingbirds, including White-necked Jacobin, Black-crested Coquette, Bronze-tailed Plumeleteer, Crowned Woodnymph, Snowcap (an immature bird in puzzling plumage), Violet-headed, Blue-chested and Rufous-tailed Hummingbird and Blue-throated Goldentail. Our first Passerini’s Tanagers and Buff-throated Saltators were also found here. After lunch at a roadside cafeteria, we headed into the lowlands, pulling over along the way to view a perched Laughing Falcon; we also stopped at a bridge over the Rio San Jose where Luis had seen Fasciated Tiger-Heron in the past. No tiger-heron was present, but as consolation, we spotted, in addition to our first Black Phoebe, a Sunbittern and a flyover King Vulture! 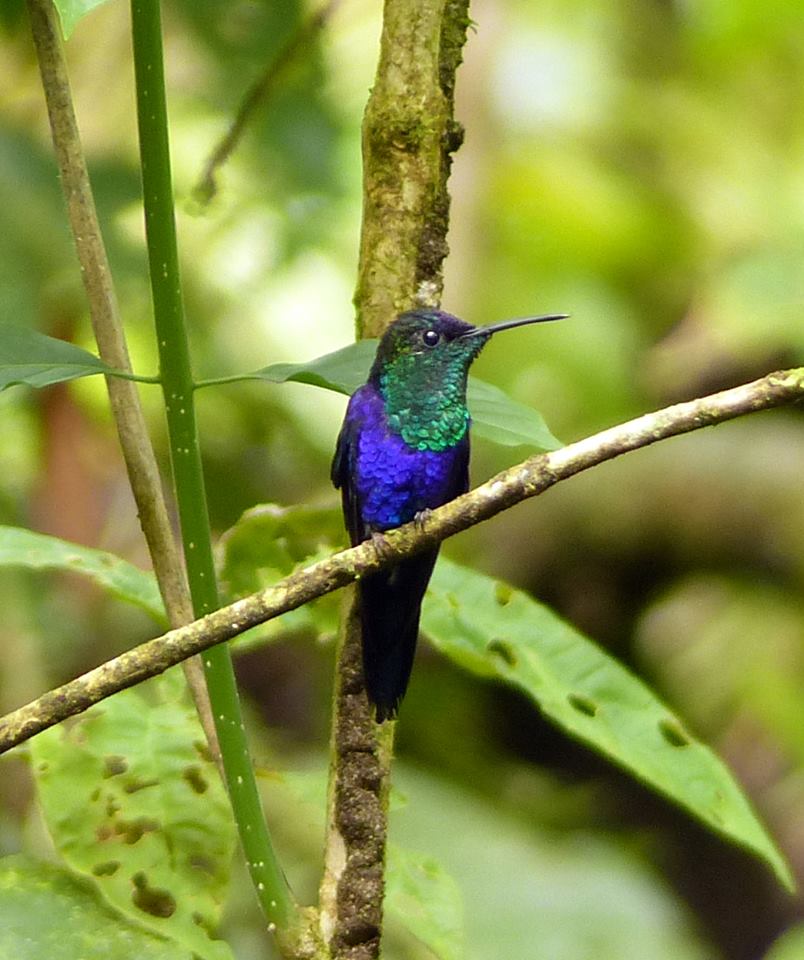 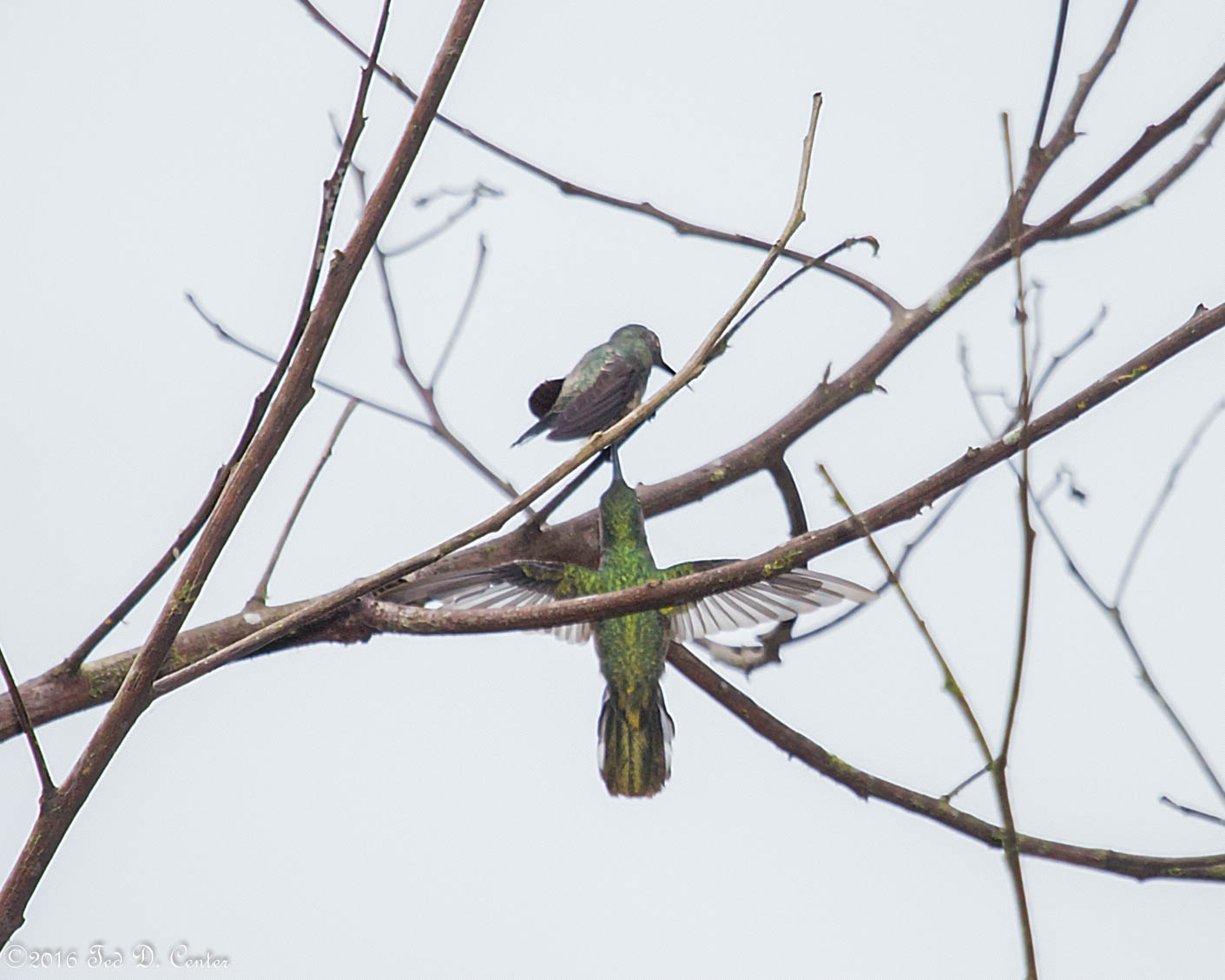 Hacienda Sueno Azul was our base for our two days in the lowlands. A nice selection of birds were found during the afternoon around the lodge or along the entrance road, including Gray-headed Chachalaca, Boat-billed Heron, Green Ibis, Pale-vented, Scaled and Short-billed Pigeon, Ruddy Ground-Dove, White-tipped Dove, Squirrel Cuckoo, Scaly-breasted Hummingbird (a pair engaging in a decidedly peculiar mating display), Slaty-tailed and Gartered Trogon, Amazon and Green Kingfisher, Collared Aracari, Yellow-throated Toucan, Black-cheeked Woodpecker, Red-lored Parrot, Orange-chinned and Olive-throated Parakeet, Common Tody-Flycatcher, Tropical Pewee, Long-tailed Tyrant, Social and White-ringed Flycatcher, White-collared Manakin, Masked Tityra, Bay Wren, Tawny-faced Gnatwren, Shining Honeycreeper and Variable Seedeater. A very wet Hoffmann’s Two-toed Sloth was found hanging onto a fence along the entrance road and Neotropical River Otter were seen in a pond near the lodge. We also drove to El Tigre, a known location for Nicaraguan Seed-Finch, but were unable to locate any, certainly not for lack of effort on Andrew’s part. We didn’t go home empty-handed, though, adding Bare-throated Tiger-Heron, Purple Gallinule and Black-crowned Tityra to our trip list during this late afternoon drive. A Common Pauraque was flushed from the entrance road when we returned to the lodge that evening. 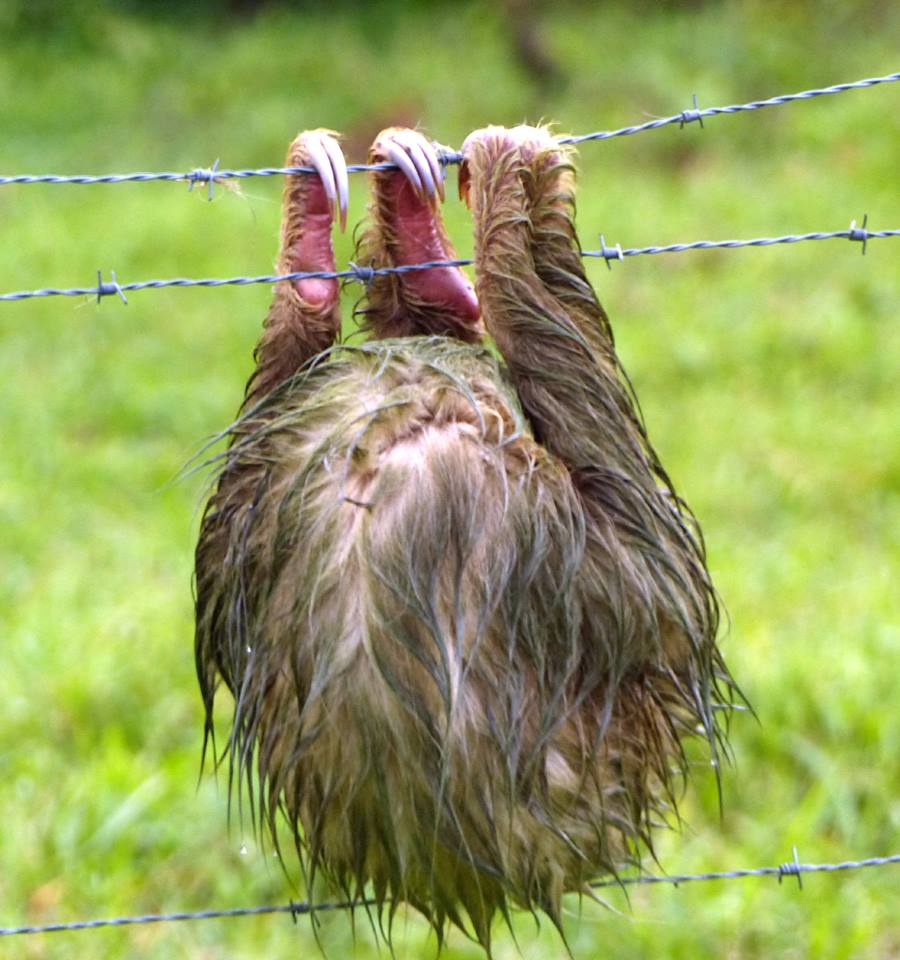