The following bird guides are available in the greater Miami area. When you contact them, please let them know you obtained their contact info through Tropical Audubon Society's website.

With Nature is Awesome Tours you get two knowledgeable guides for the price of one! We design our tours with passion and enthusiasm, and a woman's thoughtfulness in each and every tour! We both speak English and Spanish fluently, which is a plus in this melting pot we call South Florida. Knowing where to find your wish list items is our job, you just sit back and enjoy the scenery. 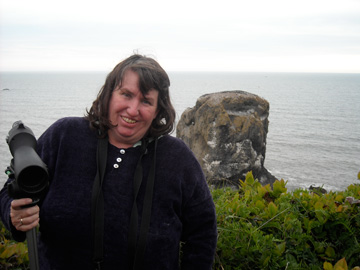 Paddy Cunningham has been a naturalist in South Florida for 35 years, managing nature centers and restoring habitat. Her passion is birds and she teaches a variety of bird classes to help birders gain advanced skills. She's presented workshops at numerous birding festivals, as well as regularly at Bonnet House and Flamingo Gardens in Broward County. Her motto is "You learn the I.D."

Paddy’s company, Birding Adventures takes small groups of birders throughout Florida, the U.S. and the tropical destinations such as Jamaica and Colombia. She calls her trips "Intense Birding at a Relaxed Pace." She is also the Coordinator of the Everglades Birding Festival. Paddy is a popular speaker and guide at Florida birding festivals, including the Big O festival in Hendry County, the Bird Festival at Fairchild Gardens, the Wings & Wildflowers festival in Lake County and her own Everglades Birding Festival. Despite being a busy mom and a full time gifted science teacher, during a 2008 Big Year she was 1st in Florida, 20th in the lower 48 states and 27th overall for the A.B.A. area. She is proud to be sharing her native home with local and visiting birders and to show the uniqueness of the Everglades and it’s incredible birds. 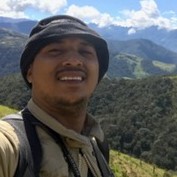 Luis Eduardo Gles is an economics graduate, but also an environmental scientist in the making. He graduated from Universidad Autónoma de Occidente in Colombia with a Bachelors in Economics and also attended Miami Dade College for his second degree. Shortly after he finished his first degree, while exploring the Andes mountains in South America, he was exposed to the incredible variety of birds in Colombia; it was at that point where he decided that the study of birds was his true passion.

For several years, he has been involved with conservation foundations and bird tracking agencies there. He is one of the founding members of “Valley of the Colors,” an organization and tourist company which focuses on developing ecotourism products, especially for medium-sized tours for birds enthusiasts. To date, he has run tours in Colombia as well as in South Florida. Since 2014 he has participated in several South Florida Christmas Bird Counts and has also volunteered for the Florida Keys Hawkwatch and Cape Florida Banding Station. 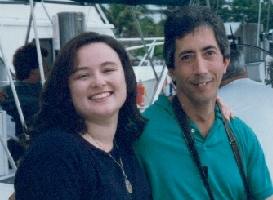 Larry was born in Miami and has been interested in birding since he was about 6 years old, when his mother gave him his very first book on birds. He's had a life list since about 8 years old. Having lived in South Florida for more than 30 years. He's familiar with the locations of the South Florida specialties as well as the rest of Florida.

Many birders might remember his name for the Western Spindalis that showed up in his yard between January 3rd and February 26, 1992. More than 400 people came to see that amazing vagrant. Realizing the number of people that share his interest, He decided to start guiding professionally.

He has birded most of the birding hotspots of North America (Attu Island Alaska, Southern Arizona, South Texas, California, etc...) as well as most of the Caribbean Islands (The Bahamas, Puerto Rico, Dominican Republic, Jamaica, Montserrat, Martinique, Grenada, St. Vincent, Guadeloupe, Barbados's, Antigua and Barbuda). On a trip to the Dominican Republic with P.William Smith, they discovered a bird not previously seen on Hispaniola, possibly a new species (see the accompanying article. He's familiar with all North American birds, not just Florida specialties, as well as with Caribbean strays.

Over the years, He's also gained knowledge of the local flora and fauna. Many birdwatchers enjoy being able to look for Alligators, Crocodiles, Manatees, Deer, Butterflies, etc....

He contributed to the book titled “A Birder’s Guide To Florida” by Bill Pranty. He wrote the chapter on Homestead and helped with the sections on Miami, the Florida Keys, and Everglades National Park. He co-authored "A Birder's Guide To Metropolitan Areas of North America" by Paul Lehman and sold by American Birding Association.

In 1997, he married his wife Christine, who is originally from France. In their first year birding together, she saw more than 300 species of birds, most of them observed in Florida.